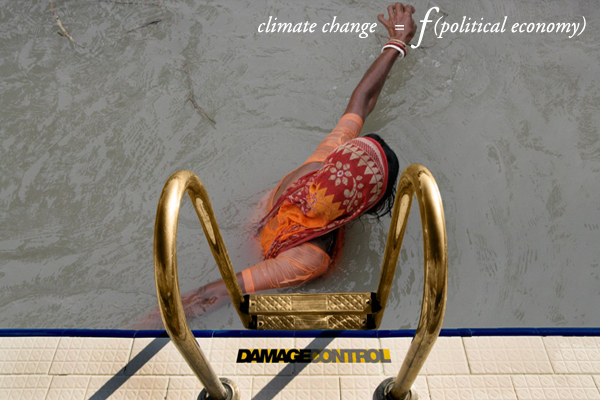 Starting today, shadow boxing between rich and poor nations will start over climate change. If we take UNCED at Rio and first 1992 UNFCCC as the beginning, this annual climate CoP game did not yield any result in the last 23 years. The deadlock over climate change is understandable, it has turned into ‘your-posturing-vs-my-posturing’. The world is divided into 2, rich and poor. Rich nations are responsible for historic as well as current emissions. The so called poor block, including Saudi Arabia wants money and technology from the rich. Rich won’t give. Money is in the domain of the market [creative market solutions]. Technology is owned by companies, though the negotiation is among nation states. The poor block is not homogeneous, there is a massive difference between Emerging Economies and Least Developing Countries in Africa and Island Nations in The Pacific ocean. Also, the most of the erstwhileÂ rich nations have committed economic suicide in the last 15-20 years. The gap between poor and rich in the rich nations is increasing.

Parveen lives in Indian Sunderban and she is pretty much in deep water, not because of her own fault. The rising sea level near her village has been caused by rich people all over the world, from USA to Sierra Leone. The asymmetric emission in the atmosphere is only a reflection of asymmetric distribution of wealth throughout the globe. Parveen’s government now wants to emit more as Parveen has been demanding electricity. It will be interesting to calculate how much of newly generated MW has gone to the poor in ‘poor’ countries in the last 18 years since Kyoto Protocol was signed.

Atmosphere does not understand smart negotiations and deals, it responds according to the Laws of Thermodynamics. The real fight is between rich and poor people, not nations.

Climate change is a function of political economy, let us not not fool ourselves.